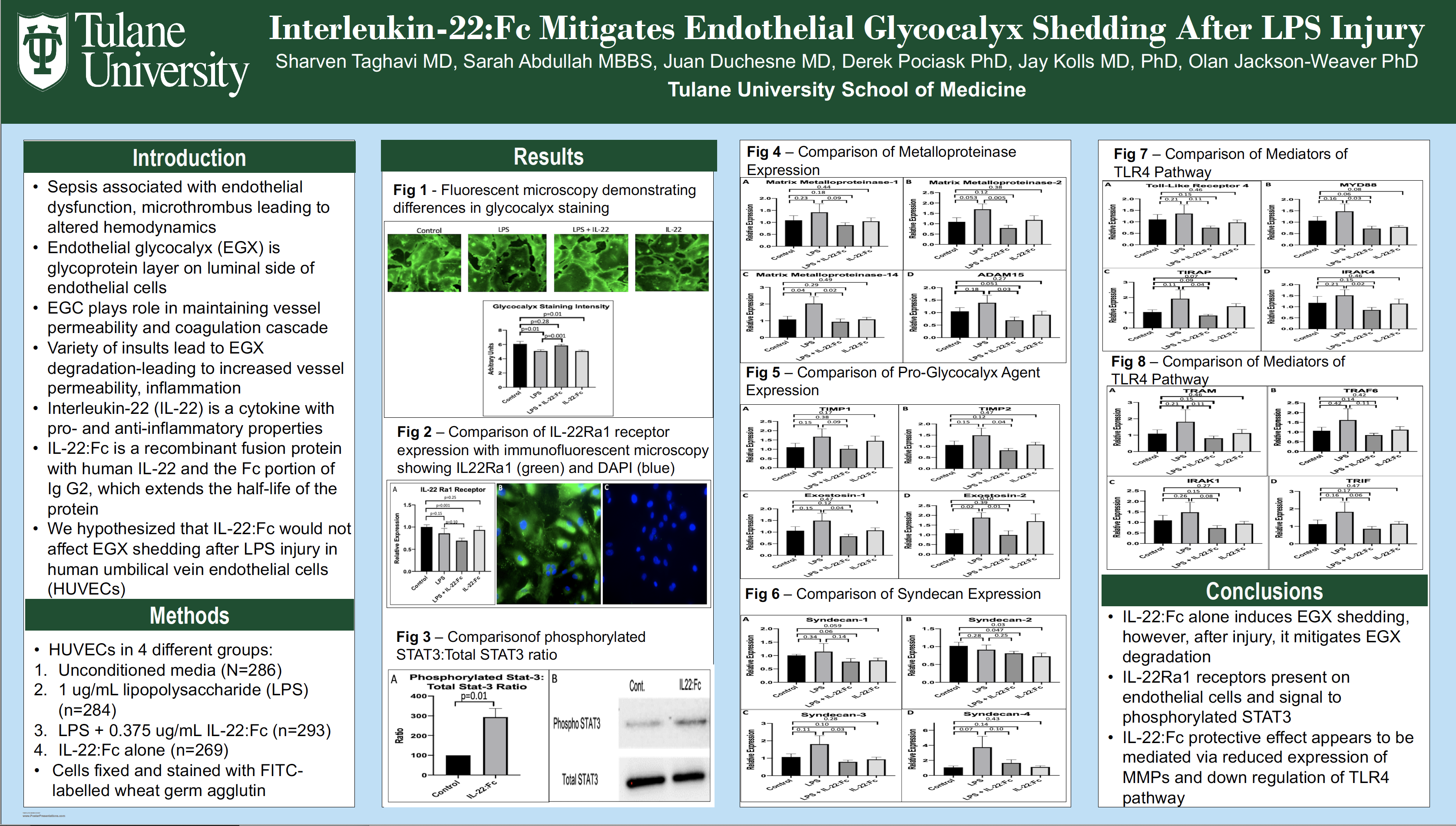 Background: The endothelial glycocalyx (EGX) on the luminal surface of endothelial cells contributes to the permeability barrier of vessels and prevents activation of the coagulation cascade.  EGX damage, which occurs in the shock state, results in endotheliopathy. Interleukin-22 is a cytokine with both pro-inflammatory and anti-inflammatory properties and how IL-22 affects the EGX has not been studied.

Objectives: We hypothesized that IL-22:Fc, a recombinant fusion protein with human IL-22 and the Fc portion of human immunoglobulin G1 (which extends the protein half-life), would not affect EGX shedding in endothelium after injury. 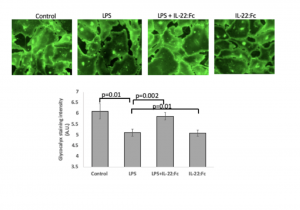