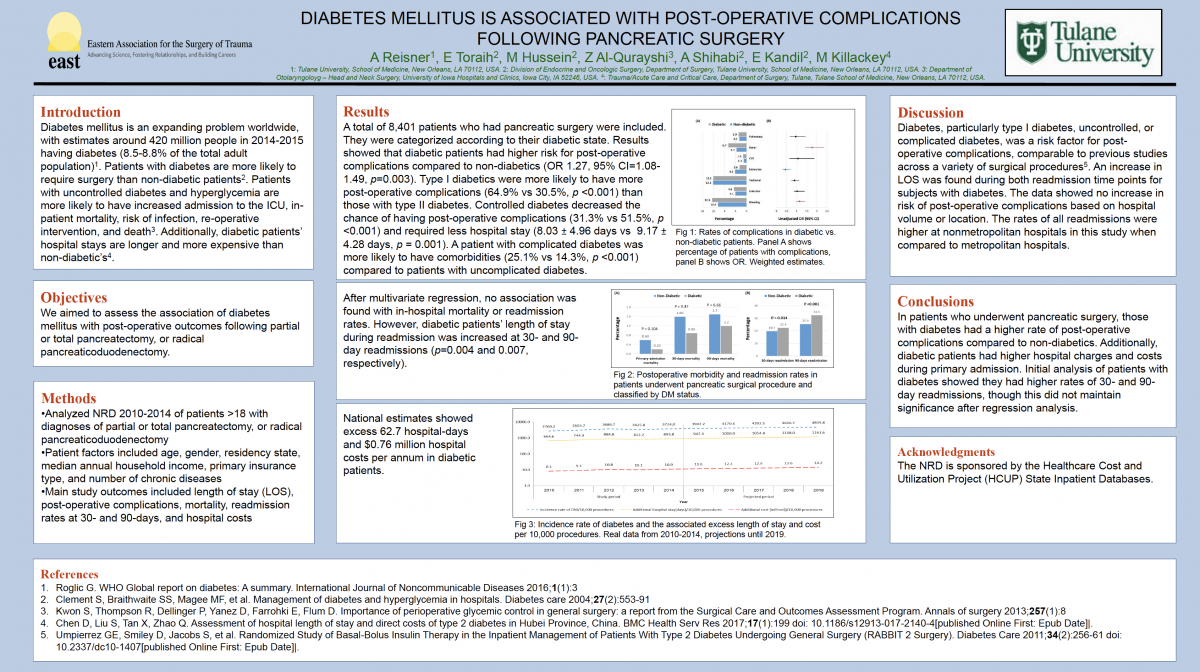 Background: Diabetes is a significant and still growing medical condition that is associated with increased rates of comorbidities, hospital length of stay, and increased healthcare costs.

Objectives: We aimed to assess the association of diabetes mellitus with post-operative outcomes following different types of pancreatic surgeries.

Results: A total of 8,401 patients who had pancreatic surgery were included. They were categorized according to their diabetic state. Results showed that diabetic patients had higher risk for post-operative complications compared to non-diabetics (OR 1.27, 95% CI=1.08-1.49, p=0.003). Bleeding and renal complications were the most significant. After multivariate regression, no association was found with in-hospital mortality or readmission rates. However, diabetic patients’ length of stay during readmission was increased at 30- and 90-day readmissions (p=0.004 and 0.007, respectively). National estimates showed excess 62.7 hospital-days and $0.76 million hospital costs per annum in diabetic patients.

Conclusion: In patients who underwent pancreatic surgery, those with diabetes had a higher rate of post-operative complications compared to non-diabetics. Additionally, diabetic patients had higher hospital charges and costs during primary admission. Initial analysis of patients with diabetes showed they had higher rates of 30- and 90-day readmissions, though this did not maintain significance after regression analysis. Exploring the mechanisms underlying this finding would aid in setting up protective therapeutic strategies. 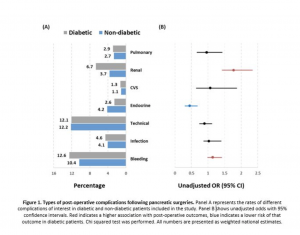