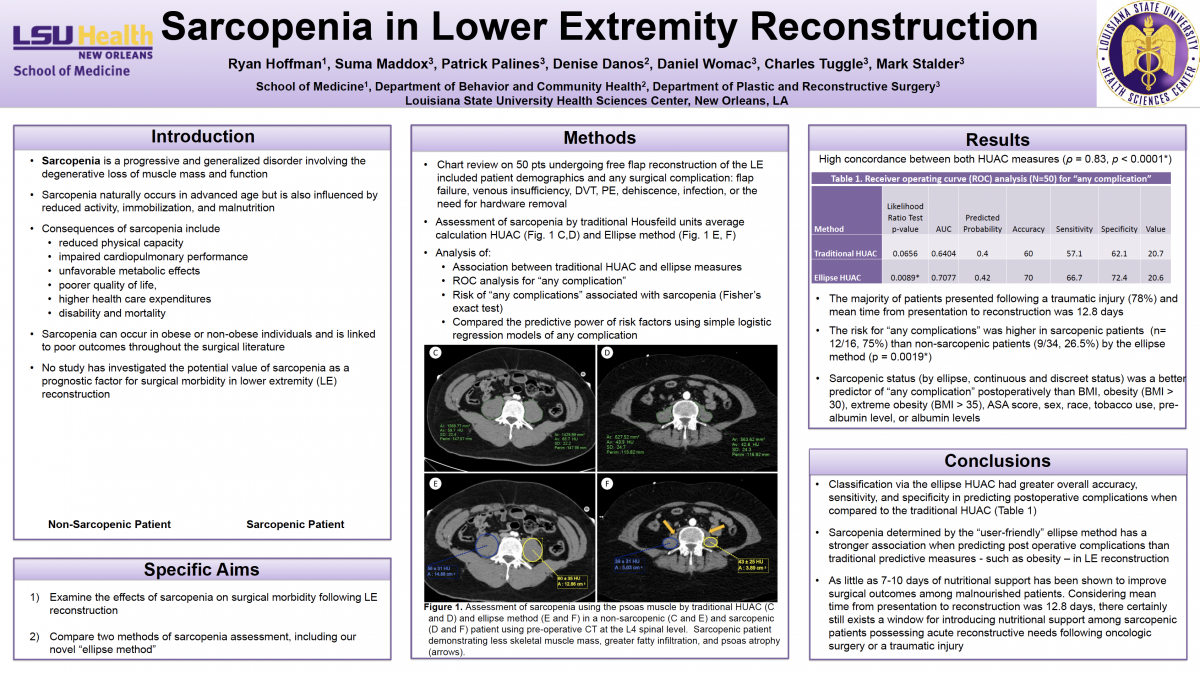 Background: Sarcopenia is a progressive and generalized disorder involving the degenerative loss of muscle mass and function. Sarcopenia is linked to poor outcomes throughout the literature and can be assessed on preoperative imaging to aid in risk stratification.

Objectives: This study examined the effects of sarcopenia on surgical morbidity following free flap lower extremity (LE) reconstruction, and also compared two methods of assessment, one of which is novel (“ellipse method”).

Conclusion: Sarcopenia is associated with greater preoperative medical comorbidities and postoperative complications in the setting of LE reconstruction. The novel ellipse method is a simplified and accurate method of assessing sarcopenia that can be easily performed in the clinical setting.